Have you ever wondered what Walker’s alums decided to do with their lives after graduating from their alma mater? If yes, here are the lives that three siblings, all who attended Walker, decided to take on:

Chris Gatti is a Walker alum, who graduated with the class of 1993, and attended the Walker School from grades k-12. After graduating, he spent his freshman year of college at Furman University and later transferred to the Culinary Institute of America in New York after making a huge career shift from dreams of being an architect into the culinary world.

In February of 2006, Chris and his wife Anna opened Canvas Cafe and Bakery, located in Marietta, GA next to Kennestone Hospital. The restaurant has had tremendous success, and the lunch rush regularly packs the building. Canvas is known for its homelike meals and wide array of desserts. In early 2016, Chris transformed the basement of Canvas into a quaint little donut shop called Doughnut Dollies, which has been a huge hit alongside the cafe.

Chris and his wife now live on a small farm with their three daughters and several animals. They are often coming up with new dishes for their restaurant and love cooking with the food they grow on their farm.

Gina Gatti Tongue, alongside her brother Chris, was a lifer at Walker who graduated with the class of 1995. Gina started her freshman year of college at the University of Tennessee, but soon realized that wasn’t where she wanted to be. She transferred to Mercer University and enrolled in the Georgia Baptist College of Nursing where she got her nursing license and earned a bachelor’s degree in nursing. Gina now works as a CRNA (Certified Registered Nurse Anesthetist) in several hospitals throughout the Atlanta area and recently welcomed her first son into the world.

Lisa Gatti McLean was a lifer and cheerleader at the Walker School as well, graduating with the class of 1990. She started her freshman year of college at Southern Methodist University in Dallas, Texas, and transferred to the University of Georgia her sophomore year. Lisa initially planned to major in journalism, but after taking an art history course, she instantly knew that was what she wanted to do. After graduating college, Lisa worked for her dad, who is a podiatrist, for several years and currently works as a regional manager for Village Podiatry. Although she doesn’t work with her college major, she still enjoys art history and has a passion for interior design. Lisa continued her Walker legacy and enrolled both of her daughters at her alma mater. 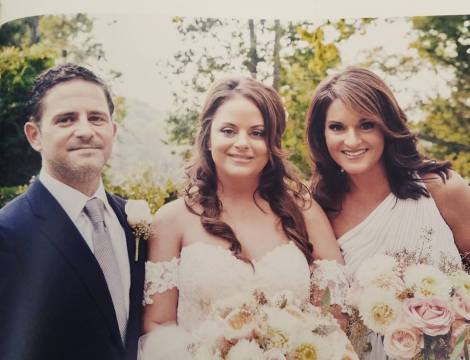